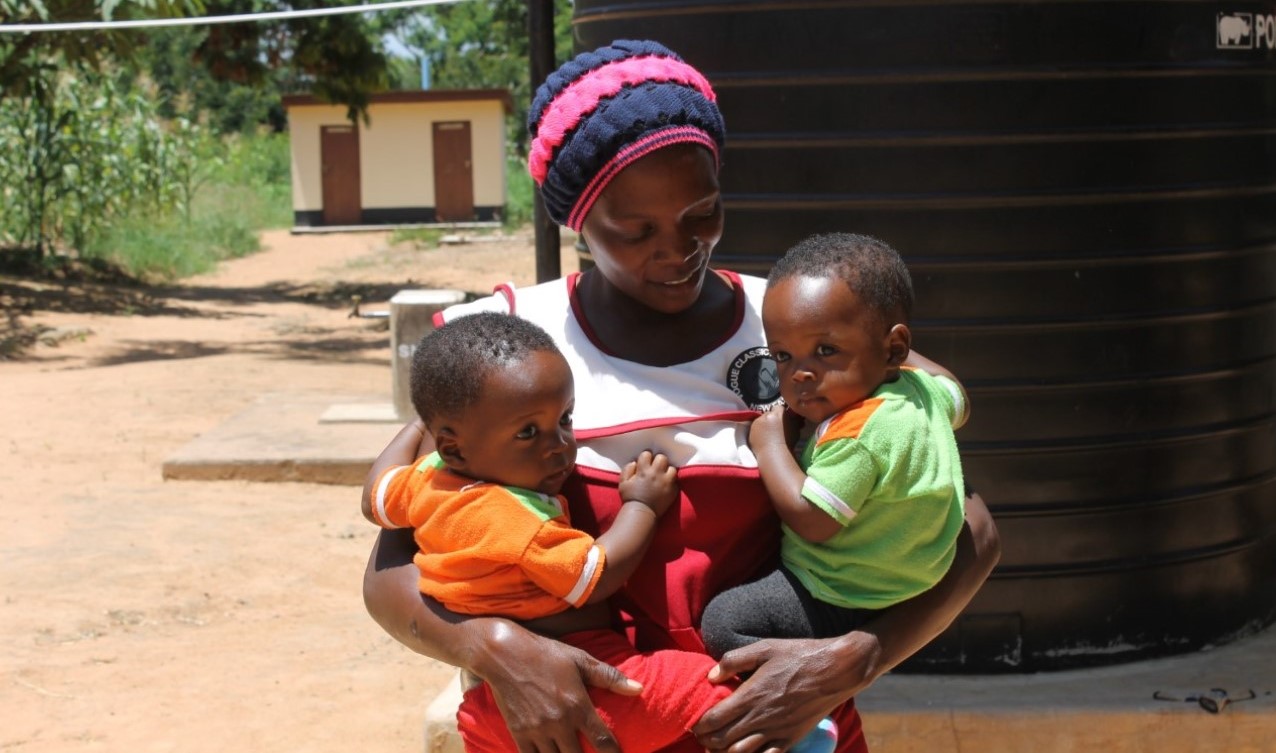 Providing Lifesaving Transportation, One Taxi at a Time

When Regina George began to experience labor pains, the nearest health facility to her was not equipped to care for her complicated twin birth. She needed to get to a higher level facility. Without a way to get there, she began walking home. Christian, a community driver employed by the m-mama program, drove past her at just the right time.

On June 24th of last year, Regina George began experiencing intense labor pains, over a month before her due date. She headed straight for the dispensary near her home in rural Tanzania. During her pregnancy, doctors had guessed she was pregnant with twins, and so when she arrived at the dispensary, the healthcare workers knew they didn’t have the capacity to give her the care she and her babies needed. Thus, they referred her to a higher-level facility in Shinyanga, a larger town about 17 miles away. Without any money to pay for transport, Regina left the dispensary and began walking home.

Christian Mbuligwe saw her just as she reached the town center, breathing heavily through her labor pains. Christian is a taxi driver and, for 2 years, had been employed by Vodafone Foundation’s m-mama program in Tanzania, implemented by Touch Foundation. That means he has the training and skill to provide emergency transport to women and infants experiencing emergencies before, during, and soon after childbirth. He explains that he felt compelled to help. Christian rushed to action, stopped his taxi to pick Regina up and drove her straight to Shinyanga Regional Referral Hospital, the hospital where she had been referred originally. 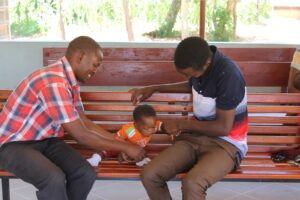 Christian (left) and another m-mama taxi driver playing with one of Regina’s boys.

Regina was in labor at the hospital for a long time, she remembers, and doctors ultimately opted for an emergency C-section. Three days later, Regina returned home with two healthy twin boys. We recently met up with Regina and Christian, to listen to their story and to hear their perspectives on emergency transport and the m-mama program. They both spoke about the importance of emergency transportation in the rural area. Many women, they explained, don’t have the financial means to pay for transportation to the higher-level facilities, so without the m-mama program, and drivers like Christian, they wouldn’t get the care they need. Christian explains that his m-mama employment has helped advance his own economic position as well.

Regina’s connection to the program was a bit unconventional – usually women in need of assistance (or their healthcare worker) call a toll-free number, speak to a dispatcher who triages them and ultimately arranges transport for them by an m-mama community driver like Christian. We’re proud to say that this process has provided transportation for thousands of mothers and babies in critical condition. We’re also proud of stories like Christian and Regina’s, that demonstrate m-mama’s wide-reaching impact on lives around Tanzania’s Shinyanga Region. 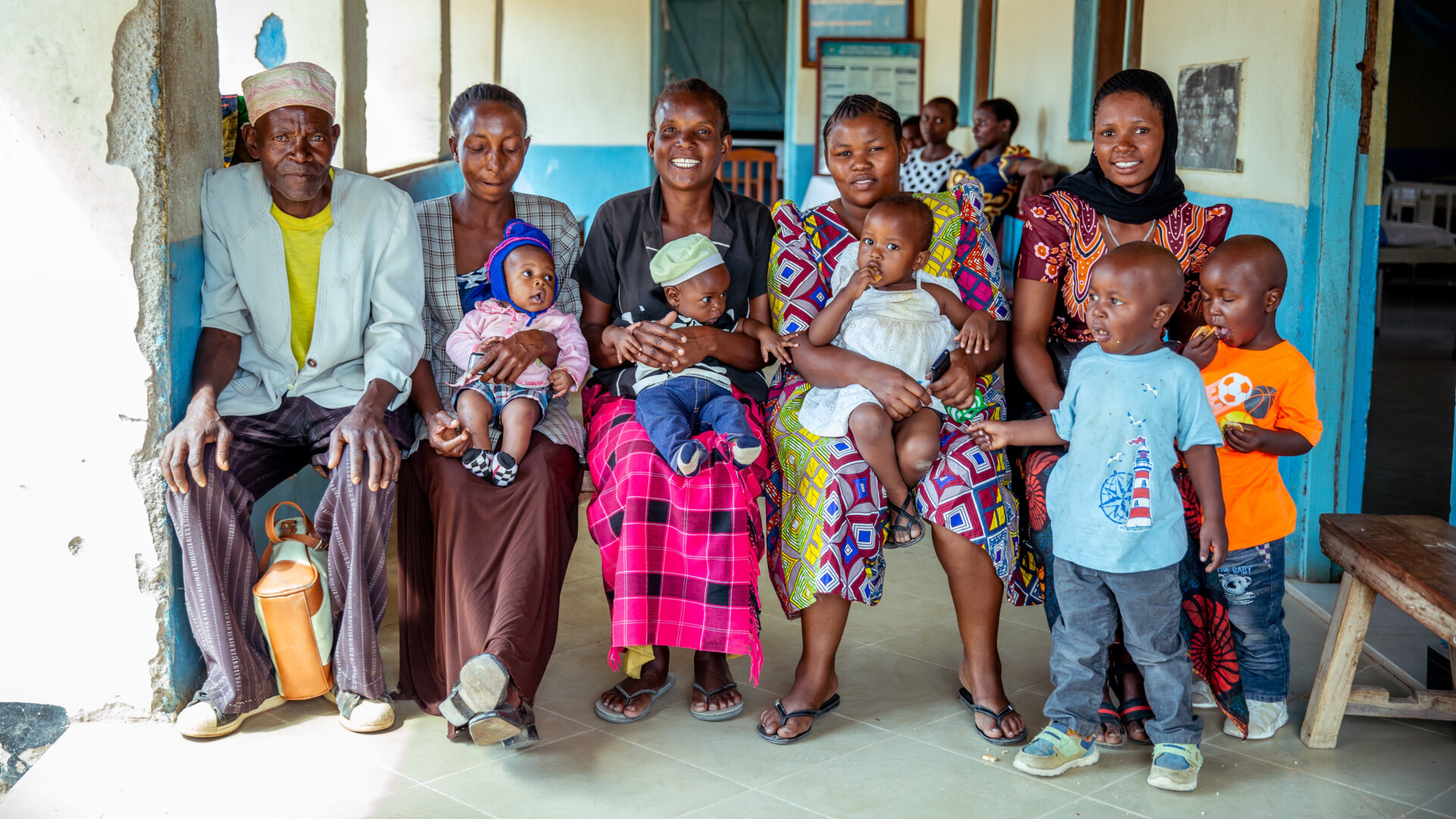 Zacharia Masatu, a 12-year-old from Tanzania’s Sengerema district, is the second youngest of nine children born to two farmers. Zacharia is in 6th grade at the Bukirigulu Primary School and had never seen a doctor before a Touch-supported heart screening at his school.

At the age of four, Zacharia’s parents started to notice that their son was not a healthy young boy. Zacharia had difficulty breathing and always seemed to have a cough. His parents did not think it was a serious disease, though, and took him for local herbal treatment. Although this did not seem to be working, Zacharia’s parents were not able to take him to see a doctor because hospital services were not financially or physically within their reach.

As part of our efforts to decrease cardiovascular disease, our partners at Bugando Medical Centre, with support from Touch and Medtronic Foundation, have screened over 3,000 school children in the Sengerema and Buchosa districts. The pediatric cardiologist at Bugando, Dr. Glory, performed an echocardiogram on Zacharia and immediately realized the 12-year-old was in grave danger. His eldest sister came to his school at once and the two traveled five hours to Bugando in Mwanza, a ferry and several hours away from Zacharia’s home in Sengerema, to seek life-saving treatment. Zacharia was diagnosed with a serious heart condition called Ebstein Anomaly and had surgery the following day. After just over 2 weeks, he was discharged, feeling better than ever before.

Unfortunately, the surgical team was unable to perform the corrective surgery Zacharia needed for complete valve repair because of Tanzania’s limited capacity for cardiovascular surgery. Instead, they drained his heart of fluid and administered medication that will allow him to better manage his condition going forward. As a result, Zacharia will never lead a completely normal life. He will not be able to play sports or become a farmer like his parents, and he will have to take medication and receive monthly checkups to manage his heart disease.

School heart screening projects targeting specific diseases (in this case, rheumatic heart disease) are often one-off endeavors, but Touch’s systems thinking and decades of experience in the region ensure that bedside ultrasound diagnostic capacity becomes embedded in district level health systems. Without bedside ultrasound diagnostic capacity reaching a school in rural Tanzania, Zacharia’s life threatening heart condition would not have been diagnosed, and Zacharia would not have had the chance to reach adulthood. Zacharia’s story is just one example of the ripple effect of impact that endures long beyond the life of Touch’s support for health system improvements. 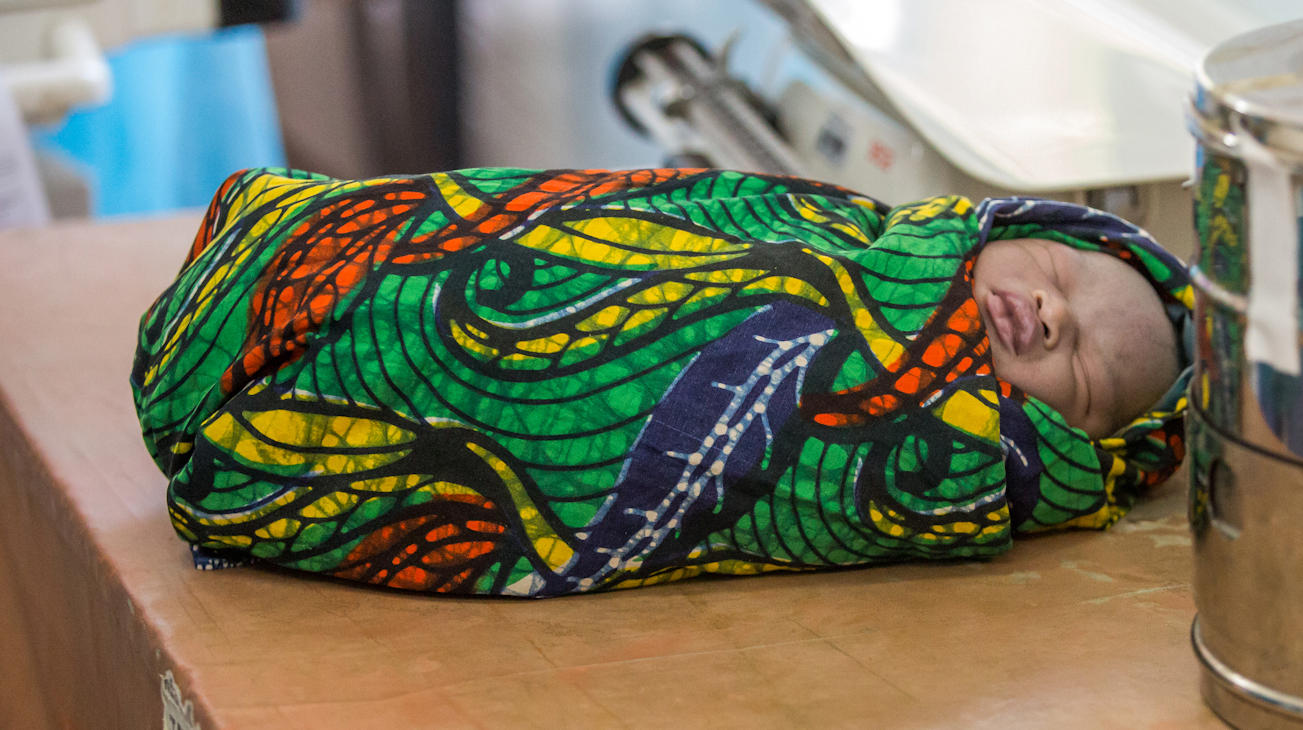 READ ABOUT THE 2,000TH EMERGENCY TRANSFER IN TOUCH’S M-MAMA PROGRAM WITH VODAFONE FOUNDATION:

Veronika Method, 23 years old, delivered her first four children in her home without any medical assistance. Veronika delivered her twins at Nyamizeze dispensary, but was told by local healthcare workers that she needed to be transported immediately to the hospital if she wanted her newborn twins to survive. Worried about the safety of her newborn twins, Veronika put her trust into a system completely unknown to her. To Veronika’s surprise, the nurses at the dispensary arranged for her and her neonates emergency transport with the help of the capable dispatchers. This is a system set-up as part of the Mobilizing Maternal Health program with Vodafone Foundation. Yesterday morning, Veronika became our 2,000th emergency case. The twins, Kulwa (4.4 lbs) and Dotto (3.5 lbs), are currently still in the NICU undergoing intensive treatment in the baby warmers and CPAP breathing machines.