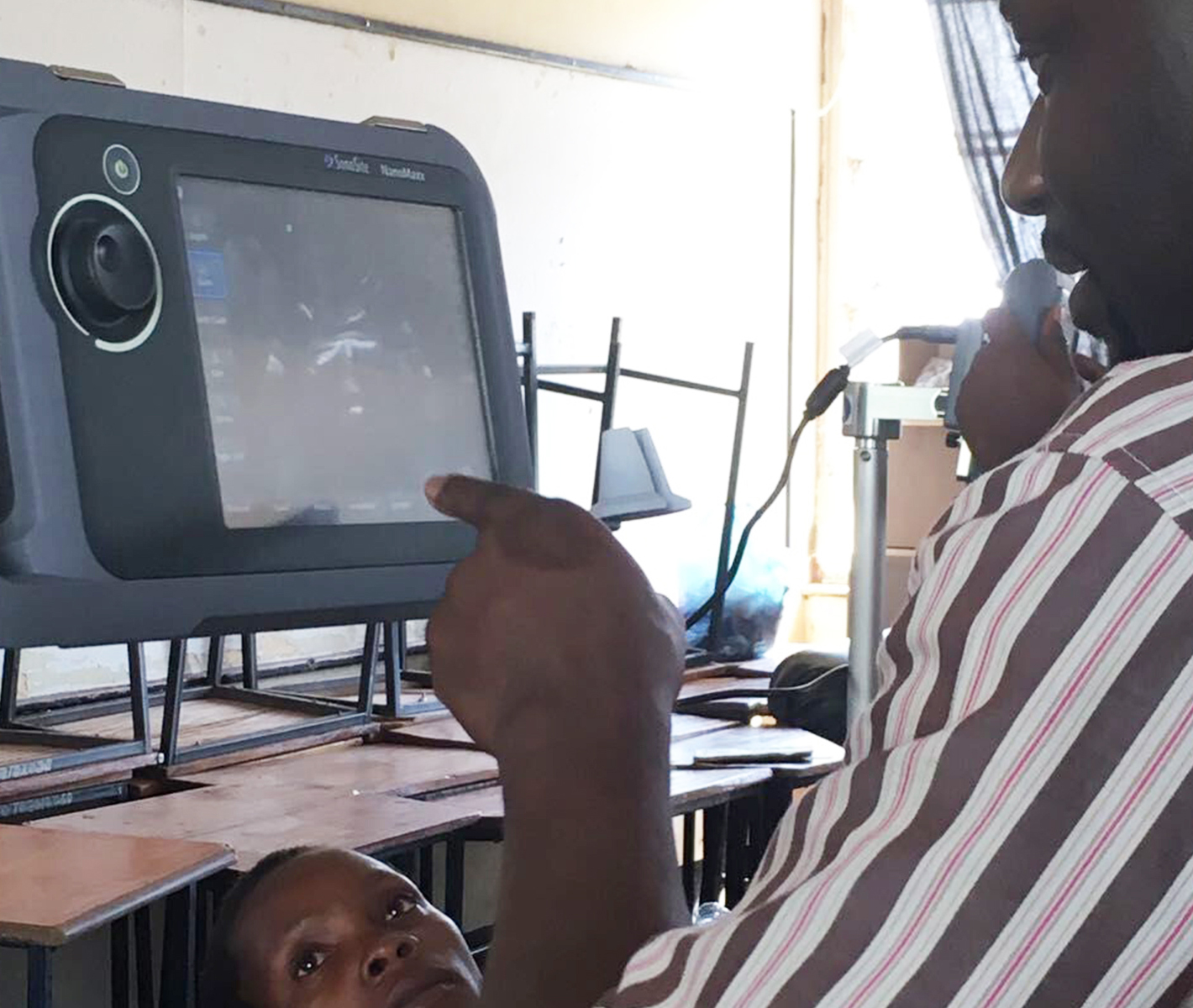 How one Burundian doctor became the only OBGYN in Sengerema, Tanzania

Dr. Harusha Simplice is the only obstetrician-gynecologist at Sengerema Council Designated Hospital, serving over 700,000 people. After becoming a general practitioner Dr. Harusha secured his specialist training through Touch’s Treat Train program, which improves medical education and patient care in the Lake Zone.

A Burundian refugee forced to flee to Tanzania as a teenager, Dr. Harusha Simplice always knew he wanted to be a physician. According to his mother, at the ripe age of two he used to comfort his friends and family by reassuring them that one day he would be a doctor. His father also wanted to be a doctor, but he was never able to practice as he died in an accident two months after graduating from medical school. When Dr. Harusha was in his final year of schooling his mother was diagnosed with cervical cancer and died just a year later. It was his mother’s death that cemented his desire to help women and strive to one day become an obstetrician-gynecologist.

After graduating, Dr. Harusha began practicing medicine at Sengerema Council Designated Hospital. Five years later, Dr. Harusha, now a father of two boys with another one on the way, decided he needed to find a way to receive specialized training to become an obstetrician-gynecologist and pursue his aspiration of helping women. At this point Dr. Harusha encountered Touch Foundation, just as we were in the process of expanding our Treat & Train program to Sengerema Council Designated Hospital. Through Dr. Harusha’s perseverance and partnership with Touch, he was able to receive the education required to specialize in Obstetrics and Gynecology.

Today, Dr. Harusha is the only trained OBGYN at Sengerema Council Designated Hospital. This 300-bed hospital serves over 700,000 people and delivers about 25-30 babies per day. For Dr. Harusha, it is not uncommon to attend to multiple women giving birth in the same room with the help of just two nurses. In fact, in Tanzania the shortage of healthcare workers is a main contributor to the high maternal death rate.

In early October, Dr. Harusha completed a training held by our partner MeduProf-S on SonoSite ultrasound machines in order to perform heart disease and obstetric ultrasound screenings during maternity checkups. For all of the clinicians present at the training, this was their first experience with an ultrasound machine. In the United States, women usually receive an initial screening at the beginning of their pregnancies to confirm a viable pregnancy. Most women in the United States will receive numerous ultrasounds throughout a pregnancy, and at least 1 anatomy screening at 20 weeks to ensure healthy development. Most Tanzanian women have never received an ultrasound screening during their pregnancy, but this is changing as women are increasingly requesting them and the technology is becoming more widely available. Dr. Harusha’s training, and others like it, will not only give women access to ultrasounds to ensure the health of their developing babies, but will also screen them for any heart anomalies, which can go undiagnosed until delivery, putting the mother at risk during labor. Following the training, the SonoSite ultrasound machine installed at Sengerema hospital, and three additional machines were installed in other high-risk area health centers.

Dr. Harusha truly believes in the sustainability of the unique education model of Touch’s Treat & Train program. He continues to learn new skills which are valuable for him and also valuable to the medical students he is training and to the women he is attending to. For Dr. Harusha, continuing his education and partnership with Touch empowers him to achieve his goal of saving the lives of women and children.