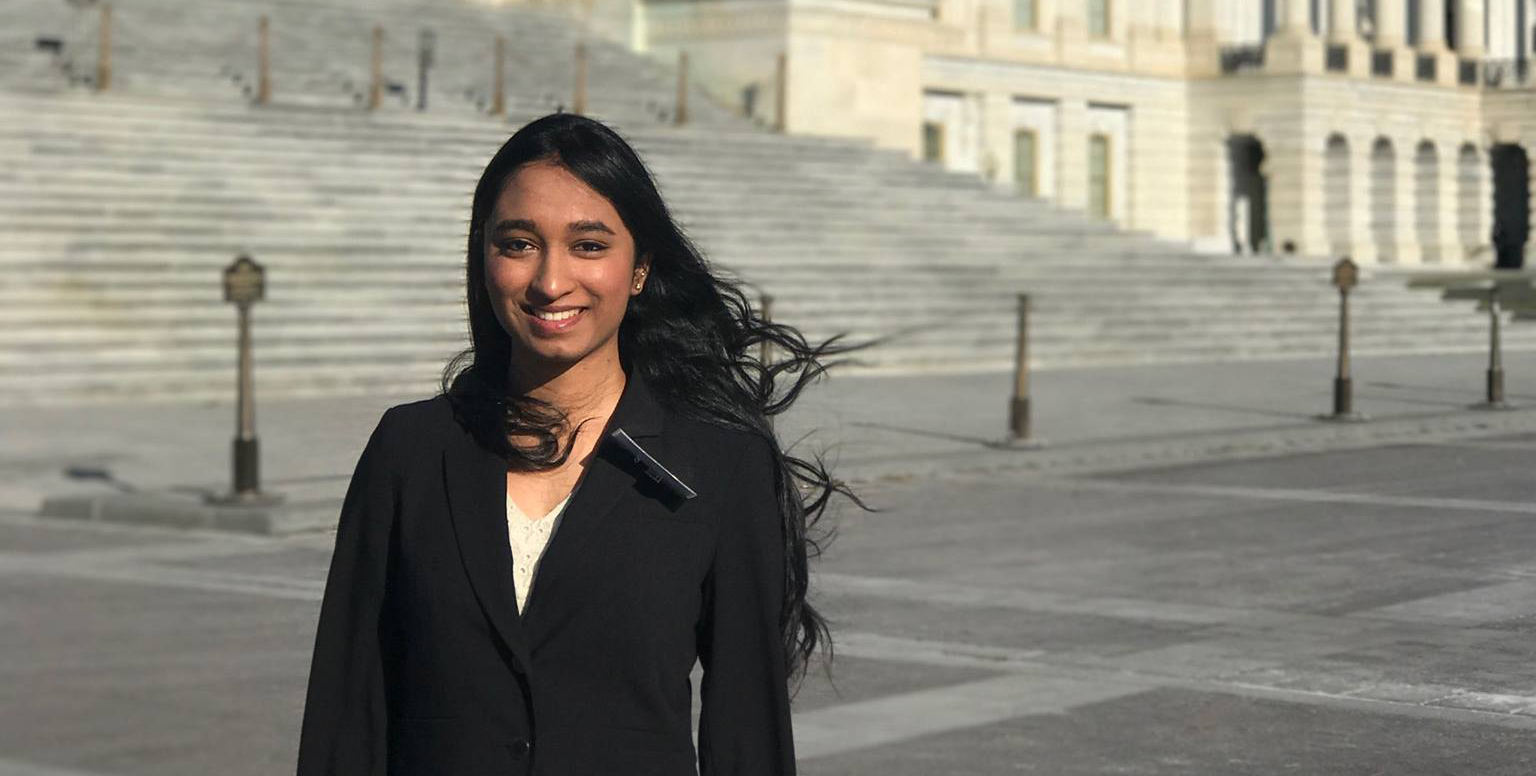 On July 5, 2018, Touch Foundation participated in the UN Interactive Hearing on Non-Communicable Diseases (NCDs), held as part of the preparatory process for the UN high level meeting on NCDs this coming September during the UN General Assembly. Dhishana Kidambi, Bard Globalization and International Affairs summer intern at Touch’s New York office, shares some reflections on the hearing and her personal experiences living with Type 1 Diabetes.

“Eat three chapatis (wheat cakes) for dinner, and give yourself six units of insulin. As long as you are at 180 before bed, you should be good to go!” I hardly felt any of my endocrinologist’s optimism; cutting portions seemed like an impossible proposition to make to a 12-year-old living in India.

A few years later, I was at a friend’s house when I was introduced to Dr. Anjana, a pediatric endocrinologist trained and working in New York, who was appalled by the advice my endocrinologist had given me: “You calculate your insulin sensitivity, count the carbs in your food, and then give yourself a dose based on how much you eat. That way, you can eat whatever you want as long as you dose yourself correctly!”

When I later asked my local doctor about carb-counting, he laughed and said, “good luck trying that with a bowl of dal makhani! Carb-counting is impossible to do with Indian foods.” Despite being trained to advocate a carb-counting methodology, he believed, and my experience showed, that it simply could not be practiced in India.

As someone living with a NCD in the Global South, I can say that it is this clash of absolutes between the technical knowledge created and disseminated by multilateral organizations in the Global North and the realities of living in the Global South that make the management of NCDs so challenging. NCDs are often highly individualistic, and the most effective management techniques arise from the integration of lived insight with technical experience.

As part of the preparatory process towards the third High-Level meeting of the General Assembly on NCDs, the interactive hearing consisted of several panel discussions that offered an opportunity to deliberate on the best way to manage NCD care between various stakeholders in resource constrained communities. The agenda of the hearing was to discuss the role of five different areas that will need to be addressed: scaling up action against NCDs, financing, promotion of multi-sectoral partnerships, political leadership, and accountability.

The panels addressed many important issues that could improve action against NCDs, ranging from the need for catalytic funds, massive technology building, a skilled workforce, and multi-sectoral partnerships between the public and private sectors. While panelists recognized that the ultimate goal is to empower people with NCDs to take charge of their health, most consideration is given to political actions that require the cooperation of powerful global actors, highlighting the conflicts between the private and public interests that need to be resolved.  As someone living with a NCD, it felt as though the narratives of people with NCDs, and the value of their insight, needed a more prominent position.

Since its inception, Touch Foundation has focused on strengthening local health systems. This approach recognizes that there are too few healthcare workers and too many breakdowns in national health systems.

The health systems approach taken at the interactive hearing recognized various actors (infrastructure, drugs, regulation, healthcare workers, etc.) as separate entities, rather than a single system in which bonds could be strengthened. Panelists in the sub panel titled “Engaging people with NCDs” maintained that this approach does not effectively recognize sustainability and continues to place people living with NCDs on the sidelines and creates difficulties for people from different cultural backgrounds to navigate the health system.

Creating a system that implements a locally informed approach on a global scale remains an important aspect of addressing NCDs. In this context, Touch Foundation makes important contributions to creating a more holistic health system that is patient-centric. The comprehensive systems approach adopted through programs like Treat & Train offer an effective model to treat NCDs. By optimizing healthcare facilities with the goal of developing local leadership, Touch is able to effectively prioritize all aspects of the healthcare system. This offers a useful framework to resolve the challenges that people with NCDs face, and include the crucial voices of patients that have been missing in the global response.